Ebert must not be aware of Chippy D.

The "Best I Ever Had" video may have been Drake's idea 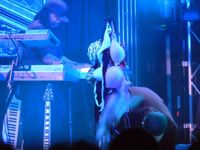 "I put like the biggest breast bras on my mic stand. I try to showcase the fact that a full chest is nothing to be ashamed of…You shouldn't go get them reduced. Breasts are a beautiful thing. I actually have an entire trunk, I think there's about 4[00] or 500 bras in this trunk. It's a black trunk and I carry it with me on the road. It's pretty much every bra I've ever received."
--Drake, in an interview with Narduwar the Human Serviette

To think, I once found Foxy Brown fapworthy

Guys, there's a lesson in Foxy Brown's recent travails, and that lesson is this: Every chick that you currently want to bang will be completely repulsive as soon as 10 years from now. Not all of them will fall off as hard as Foxy Brown, but they're all gonna fall off.

Laurence Fishburne: Not the best father in the world? The tendency is to think that Laurence Fishburne would be a good father, because he was in that movie Boyz n the Hood, where he played a Bun B-style father who could almost be in high school at the same time as his kids. But apparently he wasn't. Not if his 18 year-old daughter Montana Fishburne a/k/a Chippy D has entered the pr0n industry.

After the jump is a video of her speaking with Brian Pumper, who's probably already worked her over. (Damn.) I wasn't paying close attention to what was said, but it sounded like he was saying that he was surprised that this was her first time, similar to how I was impressed with the work of Caviar from those Ray J reality series, a/k/a Bethany Benz.

To Laurence Fishburne's credit, I don't know how much input he had into Chippy D's upbringing. This could be all her mother's fault. She looks clean and cute, and she seems to speak reasonably well, like maybe he signed over at least one of those Matrix checks.

UPDATE: Why is "Life in a Northern Town" playing in the background? To make this extra melancholic for Laurence Fishburne? At any rate, I'm sure that song will never sound the same again. LOL

Continue reading "Laurence Fishburne: Not the best father in the world?" »

You might want to mute the Kid Cudi music in the background, even though I notice there is a sweet Breakin' 2: Electric Boogaloo reference.

Fun Fact: There was a guy named Byron in Breakin' 2: Electric Boogaloo.

FACT: The Puerto Rican dude from Juice is teh ghey and also Maino's brother 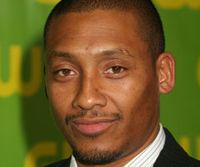 Shit like this I'd never know, if I didn't read Sandra Rose on the reg. My life wouldn't be nearly as complete. I hope Jermaine Dupri doesn't have her killed.

Actor Khalil Kain's teh ghey lover put him on blast on Facebook.

…you know he’s Maino’s brother right… the rapper that went to jail for ten years for armed kidnapping and extortion. Must run in the family.

He had the nerve to tell me that the only reason Omar Epps has gotten all that work is because he’s a prototypical black man… hating much buddy!? and also that he was pac’s bitch on juice.

fanMAIL: Who knew Khalil Kain was on the down low? [Sandra Rose] 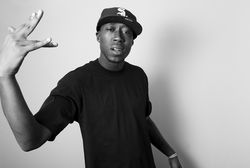 Not so much for his music, but for how real he keeps it. He might be the realest rapper of all time. Check these excerpts from a recent interview he did with Complex.

On the 20 or so times he was picked up and questioned about a murder:

Yeah, [I got into] a little trouble here and there. I caught my first felony gun charge when I was 19. I got caught with a dirty gun. Getting caught stealing shit, but nothing ever really stuck. Getting picked up and questioned about plenty of murders. Probably over 20.

On why his manager, Joe "3H" Weinberger, dropped him like a bad habit:

He saw the trends of rap starting to shift away from the gangsta shit. He saw more of these fuckboys coming into the game. These “Charles Hamilton-type” niggas making that “bubblegum-bullshit” rap. He saw that and wanted to latch onto that, instead of latching on to what was real. He saw a dollar-sign opportunity. I ain’t no racist motherfucker, but it was the Jew in him.

On why he's not concerned with paying Just Blaze for a song he produced:

One fucking song. For a motherfucker to trip like that, then you know. Whatever, I ain’t tripping on that. Rap niggas and the niggas in this industry I don’t even pay no attention to ‘em, cause ain’t none of them gonna come whoop my ass. Ain’t none of them gonna come say nothing to me. So I just be like, whatever. [Laughs.] Motherfuckers hide behind they computers and say little bullshit all day, but 99% of these niggas ain’t 100, man, so I don’t really give no fuck.

On Rick Ross being a cop and Lil Wayne being a down low homosexual:

Rap’s so fucking watered down right now, you can be a motherfucking C.O., you can kiss a nigga, and as long as you making good music, these niggas don’t give a fuck.

On whether or not DJ Khaled is allowed to say the dreaded n-word:

No way that nigga can be [a good rapper], listen to his fucking voice. [Laughs.] He a DJ. He do his thing. Scream on your records. Say “nigga” and all that shit you like to say. I’m surprised motherfuckers ain’t check him for that.

On how DJ Skee constructs his playlists:

Much love to the DJs that play real shit. But a DJ supposed to be a nigga that’s gonna break a record. Do what he gotta do and take pride in breaking that record. It wasn’t so he had to get a piece of you. If he believed in your record then he’d break your record because that was gonna give him more respect as a DJ. But you got these guys who are like, “If I’m gonna work with you I want this, I want that.”

On the last time he had to beat a nigga's ass:

I wouldn’t even really call it a fight. I just beat a nigga’s ass for coming sideways at the gym out in L.A. at a pickup basketball game. A nigga was playing basketball talking all crazy. I had to knock his ass out.

Hide your kids, hide your wife and hide your husband

They rapin' everybody out here.

Does Hennessy know about this? Roffle.

No but really, how is it that I've spent the last 10 years extolling the virtues of substance abuse, and I don't have an endorsement deal with an alcohol company, but Talib Kweli has spent the last 10 years singing songs by, for and about chicks with headwraps, and he's got his own blog on the Tanqueray website? He's not even a blogger!

He's got a post up today about the 10 films you must have seen in order to have a conversation with him. It's not a bad list, but I wonder what person of a certain age hasn't seen all 10 of them, especially in this age of DVD and Blu Ray, DVR, On Demand and what have you. The kind of black people who are still convinced that Scarface is a good movie? Maybe he didn't want to run the risk of alienating people. The culturally illiterate drink Tanqueray too.

I checked the archives, and it looks like he's been at this since the beginning of the year. How come no one informed me of this back when I was goofing on him for getting married on the set of a Hennessy commercial? Or was that last year? It could be that I'm the only one, except perhaps for that guy who was pissed off about that Gucci Mane song, who sees the humor in this.