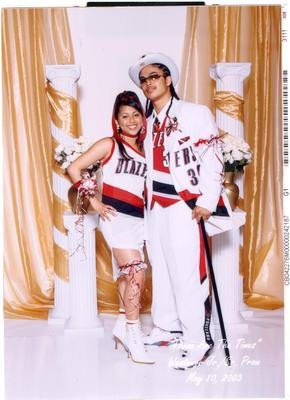 My mom emailed these to me earlier today. Apparently, jigs in the ghetto have been wearing some rather outlandish-looking outfits to the prom. Some of them I had to resize so that they'd fit in my center column. In those cases, you'll want to click to enlarge. Actually, you probably won't want to.

Leroy, Otis and Juan pause for pictures on the red carpet, which, you'll notice, isn't actually made of carpet. Parts of Leroy's outfit are, though.

Sharonda is looking rather hookerish in a purple, low cut number that shows off her boobs quite nicely.

I'm pretty sure both of the kids in this picture are retarded. You can kinda see it in their faces. In fact, and it's hard to tell not being able to see his arm, that kid on the left might be a member of the Ying Yang Twinz.

You wonder if the fellow in this picture's head is cut off because the photographer was high on crack or if that was done intentionally to hide his identity from the motherfucking po-lice.

Now, this is what I call motherfucking coordination! It takes a while to notice this, but not only do the patterns of each of the kids' outfits match, but the pattern on the big, gully looking one's headband and the pattern on his two weed carriers' Nike swooshtikas also match. 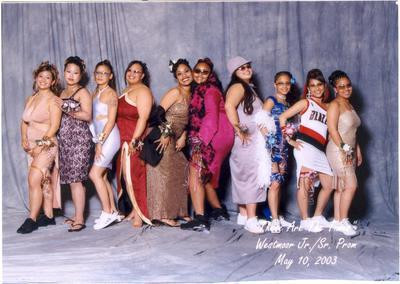 Mexican people, like people from most foreign countries, just aren't used to the gulliness of an American diet. That's why their women are blowing up to such epic proportions. 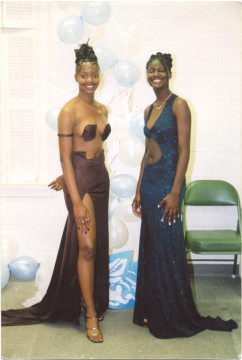 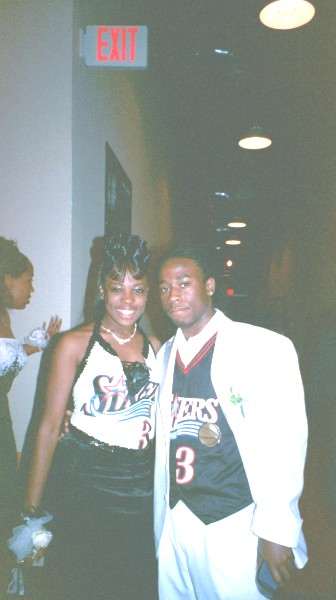 Ah, the classic throwback suit and dress. Nothing really says class quite like it.

This is probably my favorite, just because there's a nerdy-looking cracka-ass cracka dressed up as a pimp in it.

Notice how the two chicks on either ends completely dwarf the chick in the center, even though she's probably like really, really big herself.

Another white pimp at the hood prom. I don't even want to know whatever it was he had to do to get his gang of black friends to respect him. Whatever it was, I'm sure it was bad. I mean, look at the expression on his face. 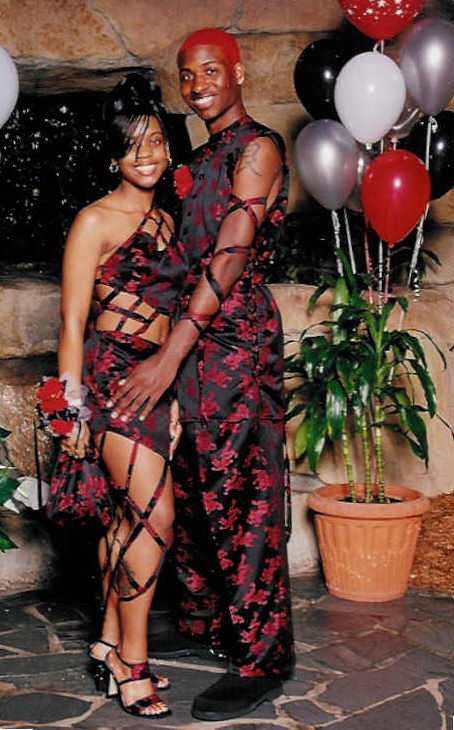 The fellow on the right is obviously teh ghey. Like, Leroy (or whatever his name was) from "Fame" teh ghey. No homo for even posting this on my site.

Mercedes was the star attraction of the entire prom with her helicopter shaped weave.

Seriously, what school district really allowed somebody this fat to show up dressed up like this to the prom? If you look closely (Warning: Don't), you can even see part of her boob hanging out of her top. Now, that's just wrong.

Finally, this is the most bizarre and, in some ways, the most sad of all of these pictures. Aaliyah showed up to the prom in an outfit specially designed to show off her soon to be born unwanted, illegitimate future convict of a baby.

My mom emailed these to me earlier today. Apparently, jigs in the ghetto have been wearing some rather outlandish-looking outfits to the prom. Some of them I had to resize so that they'd fit in my center column. In those cases, you'll want to click to enlarge. Actually, you probably won't want to.