Cam'ron, Purple Haze (We-Roc-Fellas, 2004)
From the man who brought us the idea of guys -- supposedly straight ones -- walking around in all kinds of purple and pink gear, an album named after a song about making out with a guy. Never before (OK, not in several months) have I been so convinced that a rapper is gay. Uh, no homo.

This show really has become a lot less interesting since they voted off the hottest chicks. I think a lot of the tension from earlier in the season basically stemmed from pure jealousy. The girls are even starting to kinda get along now. They still fucking suck though.

So this weekend my 14-year-old bi cousin came over for Thanksgiving and showed The Station her profile on some shit called STLPunk.com. As you can see, it's probably about the sorriest shit there ever was on the Internet. So then The Station aka Squirrel got the bright idea to create our own profiles, you know, just for shits and giggles. My STLPunk name is EmoBol. Fitz is PunkFitz and The Station is PunkieBrewster. I've also found a chick that I'm going to try to bang based on my sheer emo-ness. But my profile needs work. That's where you good people come in.

It's that time again, bitches. Stop in and say hello to myself and Fitzpatrick. Post links to pr0n and talk about how much beer you've been drinking. Remember, sleep, like being employed and paying to do your own laundry, is for suckers.

I wrote one of these last week and ended up losing it. I figured I probably wouldn't write another one, but then I got bored this afternoon and decided to go ahead and do it. It's a damn shame that Rachel had to go home. She should've had some kind of hot dyke immunity.

Oliver Stone: Too gully for the US of A 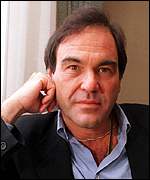 Say what you will about Oliver Stone -- I've heard his new movie's not all that -- the dude always makes movies that are, at the very least, challenging and interesting if not actually good. I see some people have taken exception to the fact he expects his new film Alexander to be better received in Europe than it is here in the US, and I'm going to have to go ahead and disagree. This is a country full of fucking morons, and even if this new movie of his isn't that good, it's not like it's going up against anything other than Christmas movies and shitty Oscar-bait films.

Continue reading "Oliver Stone: Too gully for the US of A" » 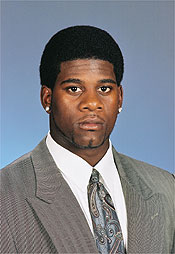 Kanye West is a girl

It can't be stated enough how much of a douche Kanye West is. I've been off the case lately, but chiseven from My Stunted Growth fills us in on some of his more recent douchebaggery.

Brought to you by the one and only Ras Kass:
Now listen, when you celebrate "Thanksgiving"
What you are actually celebratin
is the proclamation of the Pope of Rome
Who later, in league with Queen Isabella
sent Cardinal Ximenos to Spain
to murder any blacks that resisted Christianity
These Moors, these black men and women
were from Baghdad, Turkey
And today, you eat the turkey, for your "Thanksgiving" day
as the European Powers destroyed the Turkeys
Who were the forefathers of your mothers and fathers
Now fight the power, you bitch-ass niggaz!

HEAR FOR YOURSELF: Ras Kass - Nature of the Threat 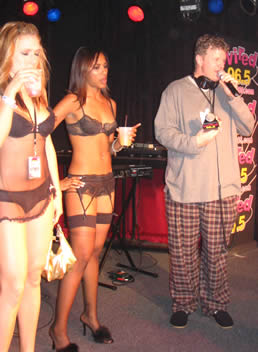 My Philadelphia Bureau Chief, WarriorMentality recently attended some sort of Real World Philadelphia underwear part and brought back these awesome pics. I'm posting all of the best ones here, but if you want to check out the rest of them, you should go here.